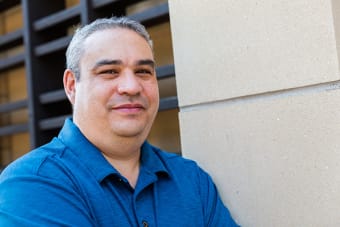 When someone suffers from sleep apnea they experience frequent pauses in their breathing during sleep. Here are a few of the reasons why people experience sleep apnea.

OSA - Obstructive Sleep Apnea is the most common variety of sleep apnea. OSA is caused by a collapse of the upper airway which makes it difficult to get air into the lungs. This type of sleep apnea is most common in men and in those who are overweight, especially people who sleep on their backs.

When people of normal weight suffer from obstructive sleep apnea there's usually an abnormality in the lower face such as an unusually small chin, a large tongue, or an overbite.

CSA - Central sleep apnea is much less common than obstructive sleep apnea. CSA occurs when, durning sleep, the brain does not send normal signals to the chest telling it to breathe properly. The causes of CSA are typically neurologic disease (disease of the brain) or severe heart disease. Medications, particularly strong pain killers such as morphine and other narcotics, are also known to cause central sleep apnea.

If you suspect that you might have sleep apnea, contact our dentists at Guildford Dental to book an assessment today.